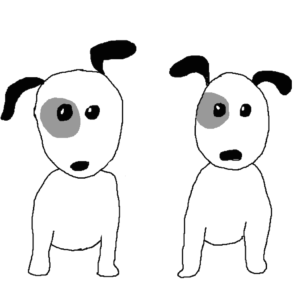 After finishing our dinner at the farm hotel, we decided to take a stroll about the estate before returning to our room. We followed the gravel paths, arm in arm, through the pitch-black surroundings, gazing at the stars and drinking in the quiet night.

As we approached the staples, two small dogs came running toward us — barking their lungs out. I could feel both our bodies stiffen, our heartbeat quicken and we hesitated to continue our stroll down the road.

“Shhhh,” I whispered into the direction from where the dogs came running and stretched out an arm with the palm open wide.

The dogs stopped running but took up a defensive position in the middle of the driveway in front of the stables — growling in our direction. While still tense, I could feel both our bodies relaxing a bit as the situation calmed.

“Wow, that was amazing,” you said in a hushed tone after we had walked past the stables and turned on to a different path leading back toward the hotel. “How you managed to calm those dogs!”

“Eh,” I admitted. “I wasn’t really trying to calm the dogs.”

“Oh,” you said, burying your head in my chest. “So, you were calming me. Well, that worked too.”

“I wasn’t really trying to calm you either,” I thought, but decided to keep to myself that my efforts were purely introverted.