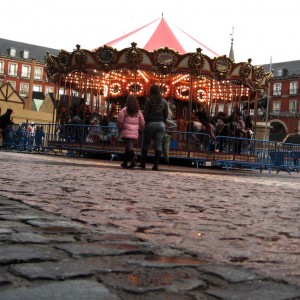 She walked across the square as fast as her feet could carry her. She was way too late. She had promised her friend to help her cleaning her apartment. She was two hours too late.

She felt ashamed for letting her friend down. Her friend had done nothing wrong that could justify such a betrayal. She hoped the friend would not get angry. She hoped her error would be forgiven.