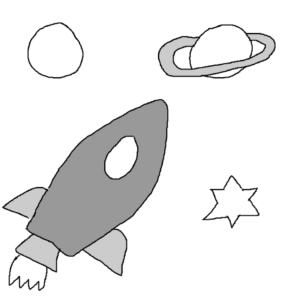 “I read an interesting article in the newspaper this morning,” Jo-Anne said to Daniel as they lay on the sandy Sardinian beach, drying themselves after their first Mediterranean bath of the day. “They were asking people on the street how they would respond if offered a once in a lifetime one-way ticket to the outer edge of the solar system.”

“And?” questioned Daniel without looking up from the golfing magazine he was reading. “How did they respond?”

“I can imagine,” said Daniel. “It’s an intriguing question. How would you respond?”

“I think I would pass,” Jo-Anne said, smiling, gazing over the surface of the sea toward the horizon where it fused with the blue sky. “There are plenty of places on this earth I have yet to see. Like Kathmandu.”

“Or Kaiserslautern, for that matter” Daniel added, putting the magazine aside on the towel and joining Jo-Anne’s gaze at the horizon.

“Yeah!” Jo-Anne said. “Kathmandu and Kaiserslautern are truly examples of exotic places I would like to see before I head off to the outer edge of the solar system.”