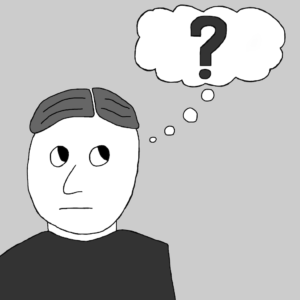 I followed her into the apartment, stepped over the threshold, passed a milestone, walked towards a new chapter in my life, a new future, maybe.

“Make yourself comfortable on the sofa while I prepare the tea.”

I rubbed my hands together. I was cold. The cup of tea would help me recover my normal body temperature, and continue the disruption of the status quo that was my life at the moment , maybe.

We had met a couple of months ago in the stretching room of the gym and started talking. We started on the subject of stretching but somehow ended up talking about Alvar Alto’s influence on modern architecture. The exact conversation was a bit blurry in my mind–I’m not sure how we jumped from one subject to the next—but the important conclusion of the event was that we connected on some divine level.

After our first gym encounter I started to exercise more regularly. Although it was maybe not entirely a conscious decisions, I guess I did it in the hope I would run into her again.

Eventually I did. She was exercising on a treadmill by the big window overlooking the snowy lawn. I walked up to the machine next to hers and started running. While working out, we stole glances at each other and smiled. After a long run we nodded and headed over to the stretching room where we continued our conversation where we had left it the other day.

Over the next few weeks we met regularly inside and outside the gym. We trained together. We took long walks. We went out for coffee. We continued talking. We covered one subject after another. I fell in love.

Today was the first time I had entered her apartment. This afternoon we had been walking in the woods for several hours in the freezing cold and she had suggested we rounded up the walk by going to her place for a cup of tea. I gladly accepted.

“I hope you like green tea. It’s the only tea I’ve got in the house.”

She put a tea-pot and two cups on the table by the sofa.

I decided not to mention that it was actually my favorite type of tea. It would have sounded too cheesy. Too superficial. Too good to be true.

She poured the tea, handed me a cup and we immediately started our customary chit-chat. With a small exception, though. From my side the conversation was not as fluid as before. There was an elephant in the room I had to address. There was an important question on my mind. The big question.

She, however, continued talking as before–chatting about everything and nothing–jumping from one subject to the next. I tried my best to keep up with her, but in the background, thinking about how I could bring up my question, struggling to find a moment to sneak it in.

Then there came a brief silence while she poured us some more tea. This was my moment. This was my chance. I grabbed it.

“Could you ever consider owning a dog?”

Immediately after asking the questions I knew I didn’t want to hear her answer. I was terrified to know what she thought.

“Yes. One of these days I’ll definitely get myself one.”

On that moment a dark cloud blocked the sunshine that had brightened up my life for the past few weeks. I knew it was all over. The relationship had no future.