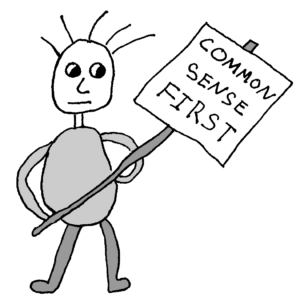 I was clueless. I felt powerless about not being able to articulate what I wanted to protest. The state of our society was so complex that I just knew that something was not right but I couldn’t put my finger on what was wrong. But wasn’t that the whole point?

I fastened my grip on the marker and wrote my message to the world: “I demand a simple society where people like me can know what to protest!”