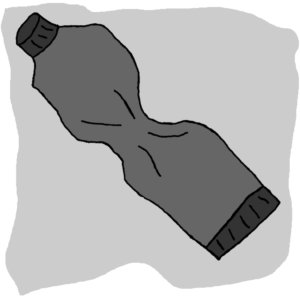 “So… I’m boring… too predictable… too prudent… too…” Murray shouted after Lynn as she slammed the door behind her and left the house. “I’ll show you recklessness… spontaneity… I’ll show you…”

Murray was angry—really angry. He and Lynn had been arguing once again—if it could be called an argument. It was more like a one-sided rant from Lynn about how bored she was living with him—how fed-up she was of his pragmatic and systematic approach to life. She said she needed someone who was more daring—someone more spontaneous—someone more human. That’s what she had said. She wanted to be with someone more human.

Murray felt the tension build up in his body. He felt the urge to do something wild—let everything loose. He strode from one room to the other, thinking about what he could do. He looked about himself, seeking an object on which he could focus his anger—object onto which he could release the tension.

“See!” Murray shouted at the void Lynn had left in the apartment when she ran out. “See what I can do… I can be laid-back… I can be impetuous… Not everything needs to be optimized.”

He stood up, walked over to the shelf and squeezed the toothpaste tube from the top to bottom—like one should do.